The Nature of Rats

THE NATURE OF SEWER RAT

Rats are a creature of habit. They build their trackways around the house through muscle memory. They also follow a routine in a day. When it comes to sewer rats, they go in, go out the drain, look for food, eat it in their nesting place, sleep, breed, and so on.

A sewer rat can nest in an old drain pipe. Rats can practically live anywhere that’s damp and dark. So, the question “can rats climb inside drain pipes?” makes sense. Rats have near-mythical physical abilities. They can swim for half a mile with an endurance of three days straight. Their body can squeeze on quarter-sized holes.

Some rat families like the Norway rats are actually immigrants from Asia. Rats have been living with humans since the dawn of time. They lived with us mostly because we are a source of waste, water, and food, which are their staples.

Rats don’t stray too much from homes, that’s why most of them are in the city. Also, rats live with stable family groups and colonies. In every city block, there lives another family of rats. When a member of the family dies, for example, from poisoning, the entire family of that rat tends to move out. Rats can inflict several types of diseases, including the dreaded leptospirosis, even when they’re still at home. They can inflict the same disease on your neighbourhood when they move out of yours. 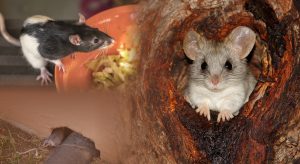 In theory, the best way to rat-proof drain pipes is by poisoning the whole colony or family. You have to think like a sewer rat when you want to eliminate them. Read books about them and how they thrive in sewers, pipes, and drains. It’s hard to remove a colony once they’ve infiltrated your drainage system, and if you’re not up for the challenge, better consult the guys in rat infestation agencies. Some agencies will give free CCTV surveillance and then offer preventive solutions such as rat blocker for drains.

Before rats specialists come in, do some things to make their work easier. For example, try to eliminate their food source. Rats in nature are resilient, but they can’t go on without eating something the whole day. They go crazy when they don’t have water and food because they have a low tolerance for hunger. So, you’ve got to eliminate their food source as well as their water source.

But what about sewer rat up a drain pipe? Where are they getting their food? This is where things get complicated. The combined sewer system is an accessible system for sewer rats to go almost anywhere in the house. They can even go to the toilet, the kitchen sink, and parts of the house where there is food and wastes. Anything that smells something, including feces, can be eaten up by sewer rats.

It would be smart to cap off your sewer pipe, but make sure that there aren’t any remaining rats stuck in drain, or else you’ll trap them inside. Once you trap them, they can die and give off a horrible smell in a part of your house.

From Our Certified Retailers: